Bukit Harapan has become a shelter home not only to disabled children but also abused, single and disabled women.

For Poon Shau Ping, 43, and her two daughters, Chang Li Ken, 12, and Li Mei, 10, it is a story which was heart breaking. They became residents since July, 2005 after they were plucked out from their predicament. They had been living in a junk car for about six months when their plight became known.

With an unemployed husband at that time, Poon and the daughters were also abused. They had to beg for food and money to sustain themselves. The squalid living condition and their initial upbringing had caused the two children to become withdrawn. They could not even converse properly despite their age.

The situation has since changed with Li Ken and Li Mei, now receiving proper education and they have become fun and loving children. Poon who is a slow learner is now able to help out with minor chores in the Home. 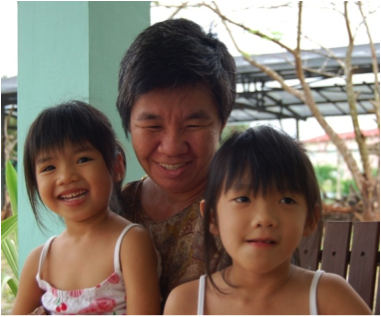 For Latifah Latif and son, Mohd Khal, 15, it was a story of a mother who was deprived of basic needs. Being a slow learner, she had to be taught how to care for herself including having a proper shower, brushing teeth and folding clothes. A single mother, Latifah was living with her mother until the latter died of cancer. Khal, a hyperactive child with Attention Deficit Disorder (ADD), attends special classes in the Home.

Another special child, Johnny Paulus Ola, is a 14-year-old who has partial brain damage and is an epileptic. The singing orphan who brings life and laughter to the Home is the unwanted child of a rape victim, a maid that has since abandoned him. He was placed in the then Princess Anne Orphanage in Likas before he was placed in Bukit Harapan. Johnny can belt out quite a number of songs from Malay to English and occasionally “strums” the guitar while singing his favourite song.

One of the longest residents of Bukit Harapan is 26-year-old Tan Mei Ling who has multiple disorders. She is a deaf and mute, and is physically and mentally impaired. When she was born, her parents could not accept her impairment and literally threw her out of the house in Labuan. However, her grandparents rescued and raised her but not for long. At one time, she was placed in Bukit Padang mental hospital for a short while.  She was 10 when she became a resident of Bukit Harapan. 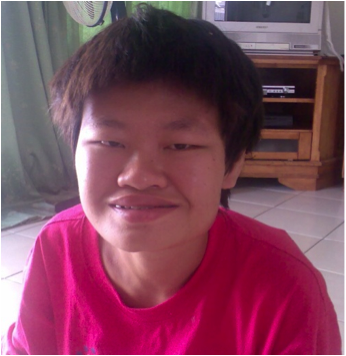 Angelie Justin, 13, who suffers from hydrocephalus (enlargement of the brain due to increased fluid retention), has a walking disability. She was a toddler when she arrived at Bukit Harapan making her the youngest special person in the home at that time. Despite suffering from a medical disorder, before she arrived at Bukit Harapan she was kept in a room for 10 hours a day with only a bottle of milk while her mother went to work. A bubbly girl, Angelie is one of the singers of Bukit Harapan. With the help of physiotherapy after years of training she can now walk with the aid of a rollater frame. 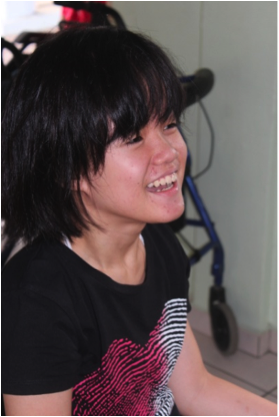 The following stories evolved three girls aged between 21 and 27 years whose identities have been changed to safeguard their rehabilitation.

Sage, 21, was a street kid with no proper upbringing or education. Despite being normal, she has child-like mannerism and could not be reprimanded. When she became a resident in early 2006, she was very sensitive and had wild imaginations and accusing others of abusing her. Now, she has become helpful and responsible and follows instructions. Her rehabilitation continues.

Rebecca, 27, a slow learner became a resident when she was 11. While she was at Bukit Harapan she missed her mother in the village and was taken back to visit. Her plight turned into a new twist when she was sexually abused by a relative while back home. From a cheerful person, she became reclusive following the incident. However, continuous rehabilitation has helped her in regaining back her confidence and cheerfulness, although she still fears older men.

Esther, 25, is the child of a mentally unstable mother, who kept to herself most of the time when she arrived in Bukit Harapan. She was mentally and physically abused by her relative. She was considered an emotionless person who would not react to physical pain. Following regular counseling, she is now more approachable and responsive.

Bukit Harapan has successfully trained the following “Special Persons” and some are now working with us.

Hamid, a 50 year-old orphan who is paralysed from the waist down has been with us for 18 years.  Despite being wheelchair bound, he takes care of the garden, does minor maintenance around the home as well as care for the younger Special Persons. He is an artistic person with great carpentry skills.

Jaafar, a 45-year old orphan, is a slow learner.  Apart from being the home’s driver, Jaafar helps in cleaning and sweeping around the compound.  He runs errands for the Home, ferrying children to and from school, as well as picking up vegetables and food.