Bukit Harapan began operating its first Home in Keningau on January 9th, 1989.  The Rector of St. Francis Xavier Church had offered the use of a vacant house in the compound and so Anne moved in with five Special Children and two helpers.  It was a difficult start as the initial sum of RM6,500.00 donated by the previous Rector, Fr. Win van der Salm was depleting fast and expenses began adding up.  Anne and the helpers had to do everything; give care, love, education and therapy to the children, marketing, cooking, housekeeping, plus meeting with families who have Special Children.  It was however an exhilarating period to kick off such a project.  There were individuals who cast doubts on the effort saying that such rehabilitation project belong to the Government, among others.  Nevertheless, Bukit Harapan persevered doggedly.

Our First Home (Above)

The stay in the first Home lasted about a year and owing to various factors, Bukit Harapan moved to Kota Kinabalu, to a rented house six miles away in Putatan.  More Special Persons were taken in and a few more helpers and Bukit Harapan became better known to the community at large, with timely exposures to the public in the media.  The stay in this second house was also brief and about a year later, Bukit Harapan shifted to Jalan Saga, Likas, Kota Kinabalu where it remained for more than 15 years.

Bukit Harapan began making greater strides in its rehabilitation activities while also serving as shelter to abused women and children as well as victims of rape.  Bukit Harapan began to stand out as a publicly-funded Home which cares for the underprivileged and helpless community.  Some Special Persons were also referred by the Welfare Department.  Soon the Home became crowded.  A temporary “classroom” was donated by the Canadian High Commission to meet the growing number of residents.  Rooms were added on the ground floor and the kitchen and common living room on the ground floor was enlarged.  Soon the Home took over an adjacent land in Jalan Saga where on August 31st, 1994, a new “office/school complex” called Aokam Therapeutic Centre in gratitude to the company was built.

On February 16th, 2007, Bukit Harapan moved into its permanent premises in Inanam Laut, Jalan Tuaran ByPass, Menggatal.  The 1.6 acre-land was donated by the Sabah State Government.  The new Home built with a cost of RM1.8 million, has seven residential blocks, with 3 to 4 rooms each, to make up the dormitories; for the residents and caregivers.  It also has a Sundial school block consisting of five classrooms and an office.  The main 2-storey block houses the dining, living, kitchen, laundry and staff room while the upper floor consists of an office, an interview room, visitors’ hall, store and bedroom with an ensuite. 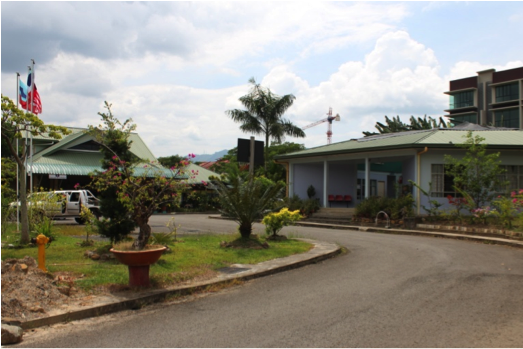 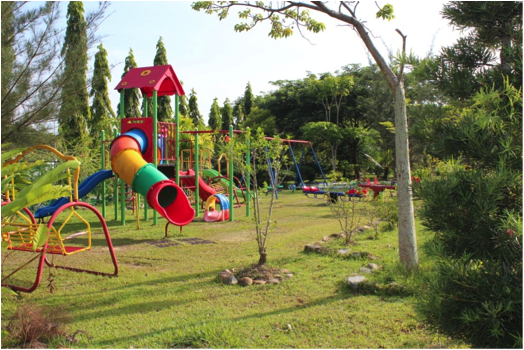 Bukit Harapan is still paying for the building costs of the new premises and is seeking assistance for the monthly upkeep of the Home.